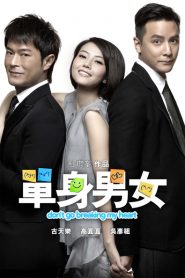 IMDb: 4.7 2011 456 views
Good hearted but not worldly-wise, the rolly-polly tax inspector, Bharat Bhushan (Vinay Pathak) is back to fulfill his long cherished dream of ...
ComedyDramaForeign 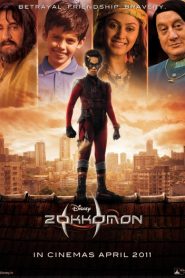 IMDb: 4.0 2011 468 views
An orphan is abused and abandoned, believed to be dead, and upon his return is first feared as a ghost, and then projected as a superhero.
ForeignScience Fiction 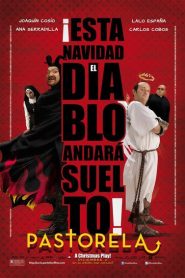 IMDb: 6.2 2011 88 min 493 views
Agent Jesus Juarez (aka Chucho) has always played the Devil in his town’s Nativity Play. This Christmas, when the new pastor of the church ...
ComedyFantasyForeign

IMDb: 4.7 2012 413 views
A group of frustrated waiters at a kitschy steakhouse take over their restaurant for one final, glorious, revenge-filled night when they discover ...
DramaForeign Shun Li and the Poet

Shun Li and the Poet

IMDb: 7.3 2011 100 min 431 views
A study of the friendship between a Chinese woman and a fisherman who came to Italy from Yugoslavia many years ago, who live in a small ...
DramaForeign IMDb: 7.0 2011 99 min 405 views
There was once a young girl named May who felt alienated from everyone around her. May is worried about her mother and father, whose marriage is ...
DramaForeign 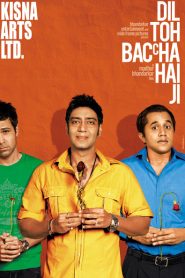 IMDb: 6.0 2011 93 min 525 views
Isabelle is a famous and beloved actress from the Netherlands, who disappears when on Holiday in Belgium. She has been kidnapped by bartender ...
DramaForeignMysteryThriller IMDb: 6.0 2011 92 min 498 views
GOOD FOR NOTHING is an adventurous romp set in the sweeping Old West from Mike Wallis in his directorial debut. Inspired by the Spaghetti ...
ActionAdventureForeignWestern IMDb: 7.1 2011 79 min 415 views
Sang-Joon is a professor in the film department at a provincial university. He goes to Seoul to meet his senior, Young-Ho, who works as a film ...
DramaForeign This Is Not a Movie

This Is Not a Movie

IMDb: 4.7 2011 99 min 531 views
Twisted, apocalyptic satire, THIS IS NOT A MOVIE envisions the end of the world through the bi-polar mind of a strung-out pop-culture addict. ...
ComedyDramaForeignScience Fiction IMDb: 6.6 2011 156 min 480 views
The story begins in Kolkata and here the mafia don Bhagawan (Jackie shroff) is ruling the roost. He has a loyal aide in the form of Jai who keeps ...
ActionCrimeForeign Where The Road Meets The Sun

Where The Road Meets The Sun

IMDb: 6.1 2011 90 min 444 views
A drama centered on a man dealing with the aftereffects of being in a coma caused by a car accident.
CrimeDramaForeign 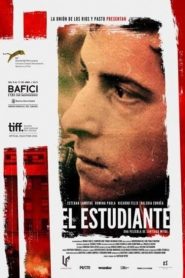 IMDb: 7.0 2011 124 min 403 views
Roque starts University in Buenos Aires but he is not particularly interested in attending classes or working towards a degree. Instead, he ...
DramaForeign The Salt of Life

The Salt of Life IMDb: 4.8 2011 414 views
Rhea is the quintessential girl next door, in love with Luv Nanda, the richest, most popular boy in college. On the eve of her 18th birthday, ...
ComedyDramaForeignRomance IMDb: 6.6 2011 165 min 389 views
Tony (NTR) is a wily youngster who does illegal things for money. He falls in love with Niharika (Tamanna) during a freak incident. He keeps ...
ActionForeignRomance IMDb: 6.2 2011 99 min 412 views
Tells the story of François van Heerden, a mid-40s, white, Afrikaans-speaking family man living in Bloemfontein, who has become devoid of any ...
DramaForeign Tbilisi, I Love You

Tbilisi, I Love You IMDb: 7.0 2012 96 min 549 views
Legend knows him as an archer of unwavering focus, the soldier who fought a battle in his own heart before taking up arms against his enemy. This ...
ActionAdventureAnimationForeign IMDb: 7.5 2012 114 min 560 views
The story of Diego, a young and successful photographer that lives in the glamorous world of fashion, shallowness and excess. A tragic accident ...
DramaForeign IMDb: 6.7 2012 110 min 468 views
A meeting with a struggling actress (Niharika Singh) gives a mild-mannered filmmaker (Nawazuddin Siddiqui) the idea to break away from his ...
DramaForeign IMDb: 6.1 2012 91 min 547 views
Comes A Bright Day is a romantic thriller set during the armed robbery of one of London’s most exclusive jewellers. Sometimes funny, often ...
ForeignRomanceThriller